Trick-or-treat night = best day on social media. Scrolling through my feed of littles ones in costume brings such a smile to my face. I think we can all agree that few things are as cute as children in costume.

That said, for your viewing pleasure:

We decided to dress Charlotte as a dog this year. Last year, I spent twenty dollars on a ladybug costume (she wore for all of thirty minutes) but I decided to be thrifty this year. I messaged my MOPS group to see if anyone had a 24 month costume I could borrow and, almost immediately, I had a reply that I could borrow this one. Ideally, I would’ve gotten creative and crafted one; however, that just wasn’t in the cards with my schedule. Maybe next year…

Anyways, Charlotte seemed to enjoy her evening (for the most part.) At one point, there was a t-rex dinosaur running up and down the sidewalk. Charlotte was terrified by the sight of it; she wouldn’t even let Marty cross the street on their way back from trick-or-treating! Other than that, I’d say she enjoyed herself (despite the fact that we didn’t allow her to eat any candy. Hey! She’s barely two!) She was able to play with her little friend next door (just a month older than Charlotte), something that’s always a treat!

We headed inside after an hour or so; I prepared homemade tomato soup and grilled cheese for dinner. As we ate, Marty and I reflected on how great our evening had been. We’re really thankful to enjoy our neighbors – they are the friendliest people! 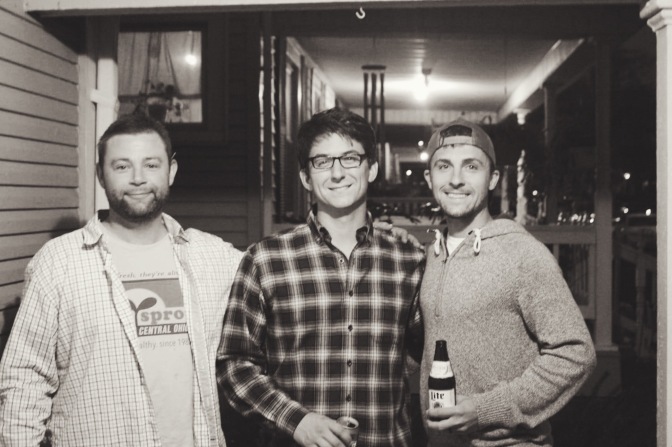 After we put Charlotte to bed, Marty and I watched The Birds. I can’t count how many times I’ve seen it – but it’s enough to have annoyed Marty with my quoting the dialogue. Side note: I was an Alfred Hitchcock junkie in my adolescence. I wasn’t allowed to watch ‘rated R’ movies until I was eighteen so I watched Hitchcock horror films instead 😉

It was a wonderful end to our fabulous Halloween night!

One thought on “Happy Howl-oween”