Over the weekend, this happened: 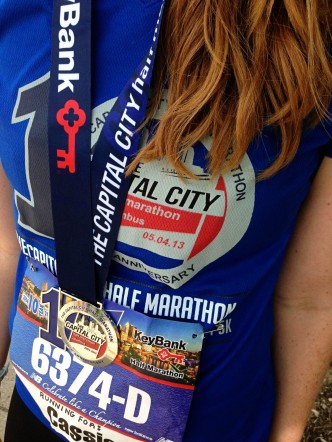 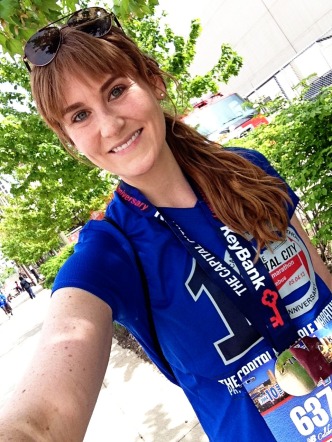 Yes, I ran in the Capital City Half Marathon on Saturday!

It was a super spur-of-the-moment decision and, despite my lack of training, I just decided to go for it! How did I land a bib on such short notice? Well, a friend of mine has been struggling with plantar fasciitis and unfortunately had to sit this one out. She mentioned that she was selling her spot (via Facebook) on Thursday morning and I immediately thought, ‘Why not?’ I knew that I hadn’t been running (maybe 2-4 miles a week) but I had been working out everyday and figured I was in decent enough shape to at least run/walk it.

Race Day: I woke up on Saturday around 600AM, showered, did a few dishes and made myself some Van’s Waffles+Almond Butter & Coffee. The plan was for Marty to drop me off by 730AM but I ended up letting him sleep in a little too long. Oops. We didn’t hit the road until 725AM! Fortunately, I arrived at my corral around 750AM and had time for a quick bathroom stop before the race began. 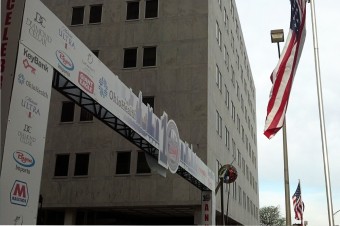 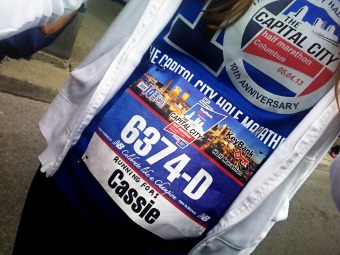 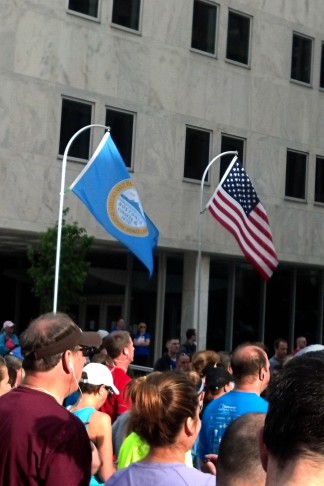 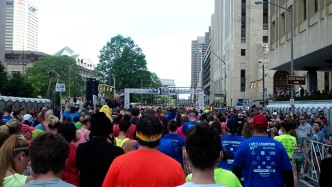 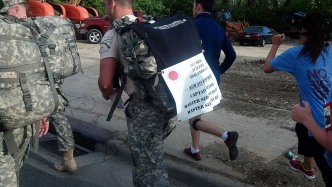 How did the race go? Not too shabby. I was able to jog the entire course and was only ten minutes longer than my last race! It was a pretty windy morning – which made it a bit difficult in parts – but overall I preferred this course to the first one. 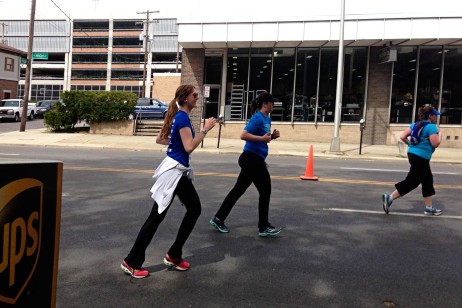 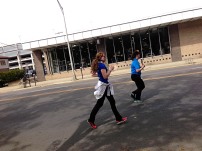 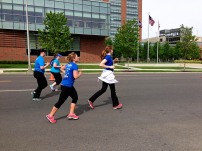 Highlights? Race supporters are a definite highlight. It’s really great to see the community come out and support one another. I love the fun signs and enthusiasm. It really helps keep you motivated! Another highlight was seeing Marty as I began my final lap. During the majority of the race, I told him to go to a coffee house and grade and we could meet up afterwards; however, he came back early and was able to snap a few pictures of me in action 🙂 Oh! And another great highlight = GRAETER’S ICE CREAM post race (though, next time, I’m going to Jeni’s – nothing beats it!) 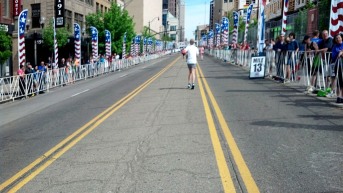 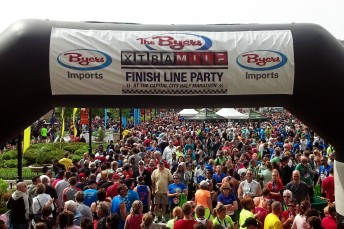 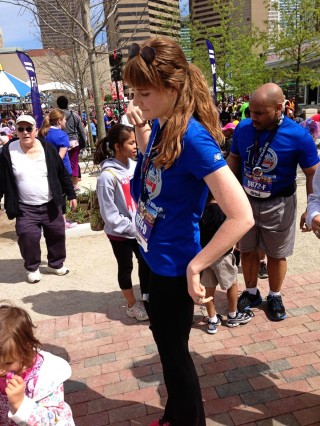 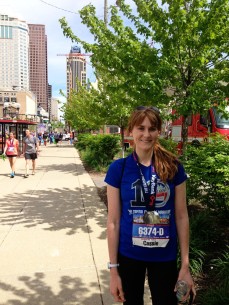 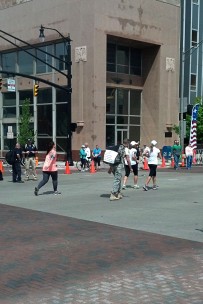 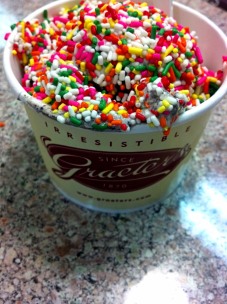 —————————
Also, I want to congratulate these girls for running in races this past weekend:
Emily, Nikki, Nicole, and Carrie

Awesome job ladies (and sorry for anyone I missed!!)