Alas, I have come to the final honeymoon post (it has only taken me six months – oops!)

After we left Seattle, we were unsure of our plan. We knew we wanted to camp out for a few days before hitting Chicago but there were a few options to decide on. As we headed east, we ended up deciding on the Badlands for a night before heading to Chicago a day early.

Unfortunately, plans didn’t go as expected and we had more car problems somewhere around Billings, Montana. We ended up loosing our power steering around 2AM which made turning my SUV nearly impossible. Tired and coming to the end of our rope (we had been on the road for over two weeks at this point), we decided to just pull over, get some sleep and deal with the car in the morning.I ended up pulling into a hotel parking lot (we decided just to sleep in the car – it wasn’t worth buying a room for 4-5 hours) and we slept until 630ish.

Around 7AM we went for breakfast while Marty called around to different mechanics. We ended up finding one pretty close by, dropped off our car around 8AM and spent the next five hours in a Starbucks.

Five hours and five hundred dollars later, we continued east to the Badlands of South Dakota. 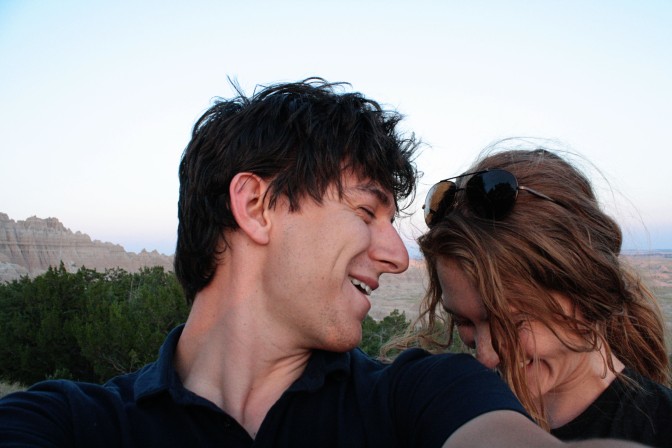 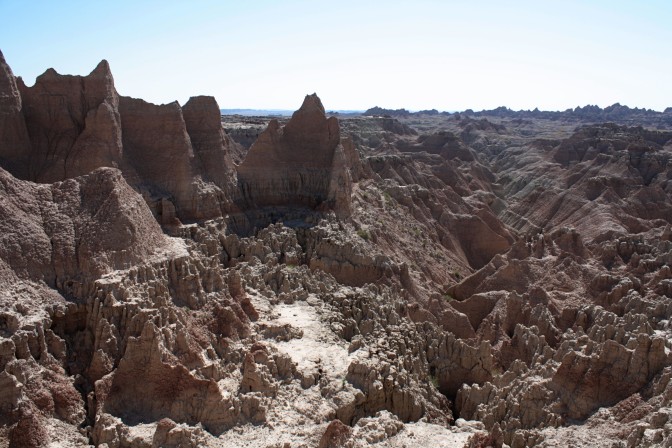 After camping out at the Badlands for a night and exploring a bit the next morning, we headed towards Iowa to spend the night until heading to Chicago the next morning. When we hit the road, we were utterly exhausted. We looked at each other, having been on the road for about two and a half weeks at this point, and decided to forego our last two nights in Chicago and just head home. Buuuuut…
we got just close enough to the city where we ended on a high note:

Gotta love that Chicago deep-dish pizza. There is nothing like it 🙂

Our honeymoon was more than I ever expected and I am so glad we decided to go on a road trip (despite the few car troubles along the way) instead of a ‘traditional’ Caribbean getaway. It’s not that a trip like that wouldn’t have been nice but I really think there is something to be said about spending 2.5 weeks in a car with your new husband 🙂 We have the rest of our lives to take a tropical beach vacation but trips like this don’t come around too often…

Weigh in: What do you think? Traditional honeymoon or mini adventure?